How to Treat Erectile Dysfunction

Are Divorced Men ‘More Likely’ to Have Erectile Dysfunction

“A leading sexual health expert, Felix Economakis says divorced men are more likely to suffer from erectile dysfunction because they have had ‘negligent, absent or unsatisfactory’ sex lives or see the act of passion as ‘more work’.

Chartered psychologist Felix Economakis, who has worked in the NHS for eight years, also blamed pornography and drinking too much for causing problems in the bedroom of single, divorced men.”

Economakis made the remarks after a report by London-based online clinic Numan, which specialises in erectile dysfunction, premature ejaculation and hair loss, found that 80 per cent of divorced men said they have experienced the problem.

Psychologist Economakis said that one of the biggest reasons divorced men may suffer from erectile dysfunction is that they have unsatisfactory or even absent sex lives.

‘The first reason is that they often tend to have either negligent, absent or unsatisfactory sex lives,’ he said.

‘That means they feel rather “de-skilled” and not confident when it comes to the bedroom.

‘If they have associations of unsatisfactory or even unpleasant sex, men then tend to avoid what makes them feel worse.

‘Some people have in essence ‘switched off’ their libido because there is no point fuelling it if there is no satisfactory outlet.

‘I’ve worked with people who were afraid of food and had minimal appetites, but once the underlying fear was addressed, their appetites for food increased dramatically. 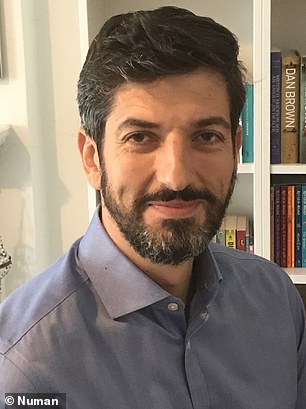 ‘Sometimes men can also be so wound up about performance goals and reviews at work that they tend to start perceiving performance in the bedroom as yet another ‘customer’ to keep happy, complete with fear of unsatisfactory reviews,’ he said.

‘Instead of being a more carefree and spontaneous experience, to some men it can come across as yet more work.

‘They escape into passive activities that require no demands or expectations, such as watching TV., Watching pornography and unhealthy habits…

Finally, would you believe, he also said that watching pornography could cause erectile dysfunction.

‘Or perhaps they tend to drink too much first to unwind which also affects performance.’

In earlier studies, watching pornography has already come under fire for causing erectile dysfunction in all men which isn’t an opinion shared by all.

A 2017 study found that men that watch it regularly are more likely to become disinterested in sex and suffer from the problem.

What are your thoughts on the subject matter?

Erectile dysfunction is the inability of a man to achieve and maintain an erection firm enough for satisfactory sexual intercourse.

How to Increase Testosterone

How to Deal With Premature Ejaculation

By continuing to browse the site you are agreeing to our use of cookies.